On August 18, 2014, I posted, “I chose to begin taking Pre-Exposure Prophylaxis or PrEP as another way to take back control of my life.  As a man of color who is also same-gender-loving the odds are against me in quite a few ways.  Instead of allowing the world to get me, I’m taking a stand with my health.”  Well it is almost a year later and I am still taking PReP but my reasons have changed slightly.

In late March 2015, I attended the YBGLI (Young Black Gay Men’s Leadership Initiative) Policy & Advocacy Summit in Baltimore, Maryland.  As I tell people this was my first “big boy” conference where my limits were pushed, emotions discussed, and where I had the opportunity to create bonds with some of the most brilliant young minds of my generation.  My greatest take away from this experience was that I too am BRILLIANT.  For many years, I battled with the internal struggle of accepting that I am not what I have been led to believe and more over that I do not have to feed into what society’s ideals of what a professional young black same-gender-loving man is or looks like.  Three days of challenging myself from early morning to late into the evening brought me a rejuvenated sense of self-love and respect for others experiences.

(SideBar: Room 1217 was all I could ever ask for!  Thank you to everyone who graced that room with their presence.)

The experiences that moved me most were the stories of the gentle-persons who were Living with HIV.  Working in the HIV/AIDS field for almost a decade did not prepare me for the amount of HIV status disclosure I went through during those three days.  I am forever grateful for the eye-opening personal experiences that were shared.  There was one young man’s testimony of his diagnosis that had me in tears when he said, “I wish things like PReP were available to me before I was diagnosed.”  In that emotional moment I had to reflect on my own shit. Yes, I was taking PReP, but my own adherence to a drug that was not –and is not- always available to everyone was at the time rocky at best.

Over the next few weeks, I took a hard look at myself thinking over the choices that led me to deciding to begin PReP; my circumstances had changed.  I had been consciously practicing abstinence and saw no risk factor that attributed to me needing to continue with PReP.  I stopped cold turkey…remembering that while not instantly unprotected, if I chose to have unprotected sex my extra helper would not be there anymore to aid me in my hour of need.  As life would have it a situation occurred where unprotected sex did happen and all I could think about was that little blue pill.

Thankfully still negative, the realization that I had come to was that in this life we can’t do everything alone.  While wise enough to not use protection, I hadn’t.  I began PReP again and this time I saw it as not only my aid; No instead PReP is now my wake up call to a reality that I need to protect myself for myself and stop putting my life in others hands.  No longer do I have the mindset that if I desire to stay negative I am doing my part by popping a pill, leaving myself open for STDs including HIV, and putting trust in my partner to be ‘condom ready’.

“I am the master of my fate, I am the captain of my soul.” –William Ernest Henley

2 thoughts on “Taking Care of Self II” 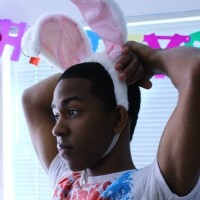 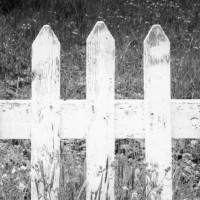